I always enjoy web surfing to find new subject matter for my NetLetter articles. When I happened upon the Wikipedia page for Canadian aviator, Lynn Garrison, it read like a combination of humanitarian biography and an espionage thriller.

Mr. Garrison decided that he was going to be a pilot at only four years old. His family hosted student pilots from the British Commonwealth Air Training Plan during the Second World War. These students must have seemed to be very heroic to the young boy. Mr. Garrison began his extraordinary aviation career when he joined the RCAF at the age of 17.

He would go on to a distinguished military career followed by adventures as a commercial pilot, film producer / technical adviser, classic aircraft collector and mercenary. He has often commented that, ”If it has fuel and noise, I can fly it”.

His most interesting activity was in the early nineties, and after the age to 50, he became somewhat of a clandestine adviser to the military regime in Haiti with the code name of “The Shadow” and was personally involved (through spying activity) in negotiations with the Clinton Administration to return the elected government to power in Haiti.

Garrison had been involved in humanitarian causes in Haiti since 1982 when he created “The Haitian Children's Fund” and continues his involvement today.

There is far more to the story of this extraordinary adventurer, mercenary and humanitarian; click the link below for the complete story. 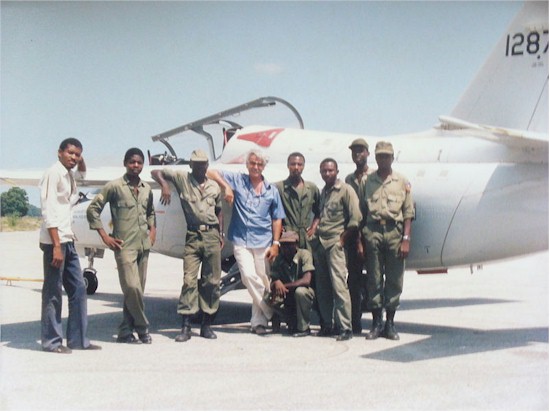