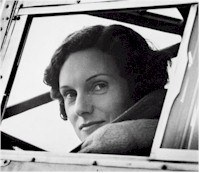 Born in Rotorua, she became the best-known New Zealander of the 1930's, internationally, by making a number of record-breaking solo flights across the world.

She made the first-ever solo flight from England to New Zealand in 1936.