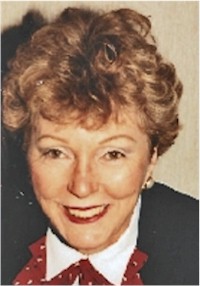 Subscriber Ed Frazer advises us of the recent passing of good friend Nina Faye Morrison who had a 40 year career with CP Air and Canadian Airlines.

The obituary announcement can be found in this Vancouver Sun article.

Ms. Morrison was a well-known flight attendant at CP Air / Canadian. I found the following 1995 CBC interview with of her and one of her colleagues with a similar period of service (both around 40 years).

I think Nina Morrison had just retired and her colleague, Helen Chernoff, mentions that she's retiring later that year. Note while the headline mentions AC, both of them were CP (mentioned near the bottom of the text). Note the CP DC-10 visible through the windows in background (at YVR). One of her sisters was also a CP flight attendant.

The interview can be found here: www.cbc.ca/archives