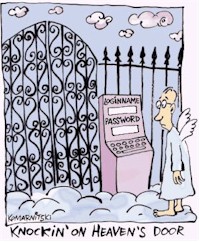 A self-explanatory cartoon (at left).

Overheard at the airport.

The passenger had just deplaned from an Air Canada rouge flight.
“What an experience, talk about being treated like a sardine.
I think the name of the airline had a misplaced letter “u” and should be named rogue”.

Carol Vickers sends this –
It's an old clipping I found from Believe It Or Not. It's amazing to see history of the old days.

Look out below...
Apparently there was a danger of bodies and cigar butts falling from the air in the 40's because in 1947 Trans-Canada Air Lines (Air Canada) instructed its stewardesses, among other things, to tell passengers not to throw cigar butts out of plane windows. They were also warned to make sure that passengers going to the washroom didn't go out the emergency exit by mistake.